13 Must See Sights in Bukit Jugra

Located in the Kuala Langat district of Selangor, Bukit Jugra was once the former royal capital of Selangor with well-preserved buildings and ruins being the landmarks of the area This makes Bukit Jugra the perfect area for historic sightseeing among other outdoor activities like hiking and paragliding. In this article, we highlight 13 sights you should see the next time you visit Bukit Jugra.

Once a former police station during the British occupation, the building now houses various exhibits related to the local history of Bukit Jugra and the police station itself. The museum’s star attractions are two General Motors Canada C15TA armoured trucks that have been used by the Royal Malaysian Police during the emergency period between 1948 to 1960. It is a great starting point during your tour of the Bukit Jugra area.

The Ammunition Store refers to a military bunker dating from the late 19th or early 20th century which was used to store ammunition for the police and military. The bunker is built entirely out of brick, eight feet high, six feet wide and ten feet long. Because printed information regarding the Ammunition Store’s location can be vague and unclear, you may not be able to find the bunker. So, it is advisable to ask a tour guide who is familiar with the area where the directions to the Ammunition Store are if you don’t want to get lost.

What was once a two-storey building housing a bank and court is now mostly destroyed and overtaken by trees and vines. It’s a perfect spot for photographers who like capturing historic ruins. The ruins are located next to a Chinese cemetery on the road leading up to the lighthouse.

The Jugra Palace was built by Sultan Abdul Samad (1804-1898) in 1876 when Bukit Jugra was the royal capital of Selangor. The ground floor was made out of stone while the upper floor was made out of wood. The palace was abandoned after the Bandar Palace was built in 1905 by Sultan Abdul Samad’s successor, Sultan Alauddin Sulaiman Shah. Since then, the palace has fallen into disrepair since the 1990s. Just like with the Ammunition Store, printed information regarding directions to the Jugra Palace Ruins is unreliable and you will need to ask a tour guide for directions.

The main landmarks of Bukit Jugra are the two lighthouses located at the peak of the hill. The tallest of the two lighthouses was built during the colonial era while the shorter lighthouse was built fairly recently in 1976. Since then, the lighthouse continues to navigate boats and vessels arriving at the Straits of Malacca. The lighthouse hosts paragliding activities which depend on the time and wind conditions. There is also a seating area in front of the lighthouse that allows people to enjoy the view of Sungai Langat.

Bukit Jugra has at least 8 wells that have been discovered through archaeological work. One of them is the Old Well of Jugra which is supposed to be located at the foot of Bukit Jugra but you will need to ask a tour guide where the well is located. However, there are also two other wells located in the museum grounds which are said to exist before the building existed.

Sungai Langat is a river which passes through modern day Putrajaya, Bangi, Kajang, Cheras and all the way to Hulu Langat. It is said that Sungai Langat was an important waterway for transporting people and goods to and from the interior. It is here where you can enjoy the view of the flowing brown river to relax and take your mind from the stresses of your daily routine.

Bukit Jugra has two Chinese temples, which are named Thean Poh Keong and Shun Tian Gong temples. Thean Poh Keong can be identified by its bright yellow and red colours while Shun Tian Gong can be identified by its pale reddish pink colours. There is a legend that the temples have a rock with an indentation called the footprint of local Malay hero Hang Tuah (wow, how cool is that?!). Next to the temples is a small restaurant famous for its “Beggar’s Chicken” dish which is chicken wrapped in wax paper and baked in a stone kiln (a type of oven). However, you will need to pre-order your dishes a day before if you want to eat in this restaurant as Beggar’s Chicken takes up to 24 hours to cook. Alternatively, there is also a seafood restaurant further down (called Viking Seafood even though there are no bearded men dressed in horned helmets) for those who are hungry after a long day of adventure.

The Jugra Royal Mausoleum (also known as Sultan Ahmad Samad Mausoleum) has been the resting place of members of the Selangor royal family since the 1880s. These included Sultan Ahmad Samad, Tengku Ampuan Maharum and Raja Muda Raja Musa. Interestingly, the mausoleum is yellow in colour, which symbolizes royalty and has a Moorish design.

The palace was built by Sultan Alauddin Sulaiman Shah which became the royal residence of Sultan Alauddin and his family in 1905. Unlike the ruined Jugra Palace, the two-storey Bandar Palace remains intact and people can visit the palace interior, including the throne room, the dining room, the kitchen and the so-called “forbidden gardens” (don’t worry, it’s not forbidden for visitors to enter).

Next to the Jugra Palace (royal residence of Sultan Ahmad Samad) is the Long Puteri Palace where the granddaughter of Sultan Ahmad Samad, Raja Long Puteri, resided. Like the Jugra Palace, the Long Puteri Palace has been reduced to ruins and what is left of the palace is the 14-step staircase which probably led to the entrance of the palace. This is also a great place for taking photographs of historical ruins.

Masjid Alaeddin or Masjid Bandar was built by Sultan Alauddin Sulaiman Shah in 1905, the same year the Bandar Palace was built. It is said that Masjid Alaeddin’s design originated from the Sultanate of Deli in Indonesia. The building’s Moorish and Mughal architecture makes it somewhat similar to the Sultan Ahmad Samad Building in Kuala Lumpur, especially its domes and arches. The mosque’s interior is decorated with Quranic inscriptions and intricate wood carvings. It is reported that Sultan Alauddin himself regularly delivered sermons in the mosque.

The original version of the school was commissioned in 1898 by Sultan Alauddin Sulaiman Shah as a building located at Kampung Sungai Ingat in the Simpang Tiga area of Selangor. Since then, the building has been relocated two times. The first was near the grounds of Bandar Palace and the second at a wooden, kampung-style house which still exists and used to this day alongside a modern two-storey building. The school has a small memorial detailing the school’s history and it is said that the ninth Sultan of Selangor, Sultan Salahuddin Abdul Aziz Shah (1926-2001), received his primary education there. The school commemorated its 100th anniversary on the 18th of October, 2001.

So as you can see, there is much history in Bukit Jugra which you can find through the buildings and historical ruins. If you’re a history lover or outdoor lover (or a little bit of both), Bukit Jugra should be your next vacation destination once MCO 3.0 is over.

By the way, if you guys like the content that we provide, do join our Malaysia Outdoor Community group, where we share a lot of information about the outdoors in general! Also, shop our latest outdoor gears deal too!

Creating stories on random topics since he was a teenager. 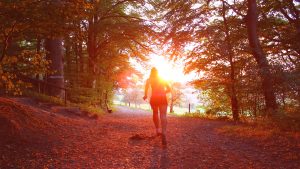 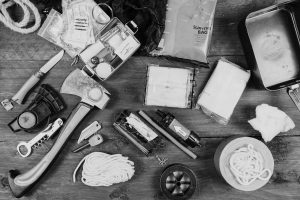 16 Must-haves In Your Emergency Kit 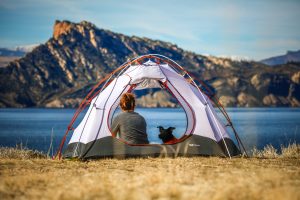 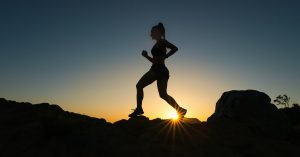 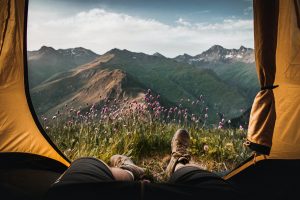 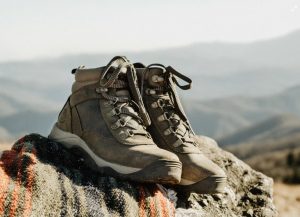 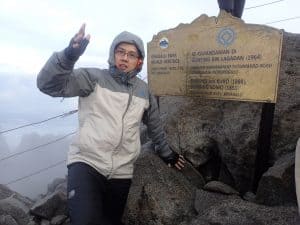 The No.1 Ultimate Hikers Guide To Climb Mount Kinabalu