Our plane landed safely on the runway of Tenzing-Hillary Airport, Lukla at approximately 10am, signalling the start of our Everest Base Camp trek. The 40 minutes plane ride from Kathmandu was one of the most amazing but at the same time scary experience for us. Flying in a 12-men STOL  (short takeoff and landing) plane from a local company called Sita Air, our plane caught turbulence 5 minutes away from landing and I could imagine all 12 of us passengers in the plane literally praying at exactly the same time. It wasn’t one of those small bumps that you experience in a commercial airbus. You can actually feel yourself floating in the air as turbulence swipes the plane from below. The only thing separating you from the atmosphere is a thin 3cm piece of steel which makes the plane body. The pilot, however, calm as a millpond expertly maneuvered  the plane across the turbulence and brought the plane down safely to a screeching halt on the runway of one of the world’s most dangerous airport. The silence of fear was replaced with the sound of our clap as we showed our appreciation for the pilot’s expertise.

As we clambered out from the doorway of the plane, the sight of beautiful mountains and stone built houses greeted our eyes. A three story hotel stood tall right beside the airport as porters roamed around the exit of the airport waiting for their morning job calls. Staffs from the airport were quick to pull up a metal cart to unload the bags from the plane. One would not imagine that this is the exact same country that got hit by a devastating earthquake almost a year ago. Armed with our trusty backpack and a large duffel bag provided by our tour agent, Nepal Hiking Team, we made our way towards the teahouse for our breakfast. “Our porter will be waiting for us there,” said Deepak, our guide for the next 13 days.

Our porter was an exact opposite of what I had imagined. Instead of a middle-aged man with a moustache and a built figure, we were introduced to Jiron, a 20-year-old young man with a sheepish smile and a thin body. If I had any doubts about his strength, it was all gone the moment he expertly tied both our duffle bag together (which weighed at least 10kg each), stacked a box of apple on top and carried the whole package on his back like it was a sack of marshmallows. He was out of sight within minutes. “Don’t worry. He will meet us at the next teahouse in Phakding, where we will be staying the night,” our guide explains, sensing the concern on our faces.

The first day of the trek was a relatively easy one. We had to trek 3 hours across the forest trail from Lukla (2860m) to Phakding (2610m) , losing an approximately 250 metres in elevation. The town of Lukla, which actually means “place with many goats and sheep” in the Nepali language are instead filled with shops selling a variety of goods. In fact, there are even café’s here where you can grab a cuppa while immersing yourself in a wide selection of books from their collection. “Lukla is a busy town because of its distance to the airport. It’s easy for the locals to get goods from outside via the airplane or the helicopter. A majority of the community here gets their main income source from goods trading,” Deepak explained as we walked past a grocery store.

I caught a glimpse of my first prayer wheel of the day as Deepak checked our details in at the police check point. A prayer wheel is a cylindrical wheel commonly made of wood or metal and is spindled on a thick metal center. According to the lineage texts on prayer wheels, prayer wheels are used to accumulate merits (good karma) and to purify negativities (bad karma). Being in a spiritually strong country, trekkers would commonly find a lot of prayer wheels along the trek. The prayer wheels are to be turned clockwise and would usually ring a bell for every complete turn. Once we are done with the official procedures, we are off to go, making our way towards Phakding.

The route to Phakding is more of a walk than a hike. Crossing lush green forests and occasionally trees filled with Rhododendrons (the official flower of Nepal), we were soon met with smaller villages along the way. These villages usually consist of a smaller number of stone houses which would at the same time act as a teahouse. Huge signs are hung on the outer windows offering delicious home brewed Nepali tea alongside a quick snack for only Rs200 (RM7.50). Tempting, but we have miles to cover.

As we walked along the trek, a distant ringing of a bell could be heard from behind us. “Move aside,” Deepak said as he made a swiping gesture with his right hand. “There are donkeys coming.” True enough, a group of donkey hastily crossed us followed by a man who I would believe are the owners of the donkeys. “Donkeys are one of the main transport of the mountains. The locals use them to move goods from one place to another. But be very careful every time they cross. The path is small and they might push you off the cliff. Always stay on the inside of the path.” Both of us gave a synchronous nod before continuing along our path.

Along the route, we saw porters carrying goods that seem to be of back-breaking weight on their back. Slowly but steadily, these porters made their way up steep stone staircase carrying a huge load on their back. We were advised to not take a picture of them without their permission, which I would easily understand. I wouldn’t want anyone happily clicking away their camera in front of my face if I had a 30kg load on my back. Of course, there were still tourist who are less aware or concerned about the matter and still clicked away happily nonetheless.

“We are half an hour away from Phakding,” Deepak mentioned as we sipped water from  our metal bottle. “Bistari bistari.” Bistari is a Nepali term which means slowly. Over the days, he would repeat it many times to remind us that the trek is not a race, it is an adventure, our own adventure and we should always go at our own pace instead of trying to catch up with other groups. Trekking the Everest Base Camp route takes time but one should rightly take as much time as they want along the trek to get their perfect shots or their much-deserved break. Twenty minutes after crossing a metal suspension bridge, we came across a set of steep steps that leads to our accommodation for the night. Our tour agent, Nepal Hiking Team made sure that we have the best accommodation available every night.

Built on a hill slope, the teahouse that we stayed in consisted of dorm rooms, single rooms, and double rooms. Our room consisted of two bed and an attached bathroom, which is considered a luxury considering where we are. Thick wool blankets are provided for guests to keep warm during the night. After 3 hours of trekking, we laid our bags down and made our way to the dining hall for our well-deserved lunch. The rest of the day is more towards free and easy. We decided to go and explore around the town. Here’re a few shots that we got: 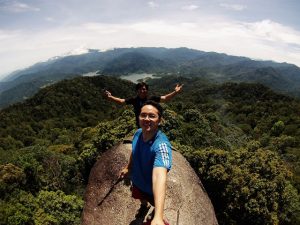 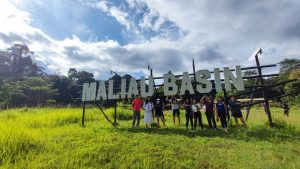 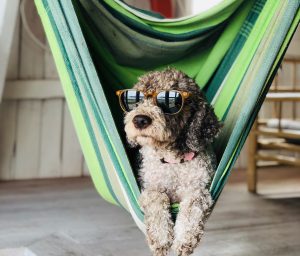 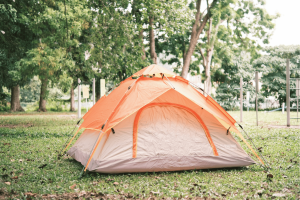